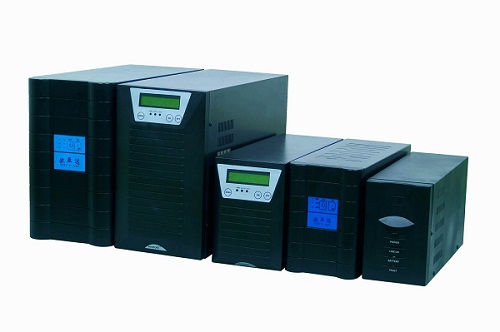 The growth in India inverters market has been attributed to the demand and supply gap between electric energy in India and the increasing purchasing power of Indian consumers. The decreasing tolerance for long power cuts among consumers in rural and semi-urban areas is also a major factor behind the growth of this market. The revenue generated by the India inverter industry in FY’2010 was valued at INR 19,581.1 million which increased to INR ~ million during FY’2014, witnessing a CAGR of 8.9% for the period FY’2010-FY’2014. The increasing awareness among people to prevent damage of electronic equipments resulting from voltage fluctuations has played an important role in further expansion of the India UPS market. The market has grown from INR 35,339.4 million in FY’2010 to INR ~ in the financial year ended March 2014 at a CAGR of 9.9% during review period.

The market for inverters and UPS in India is fragmented and there exist a large number of small unorganized players manufacturing sub-standard and local inverters. However, the market is dominated by a few leading brands including Luminous, Microtek and Su-Kam. Luminous is the market leader with a share of 28% in terms of revenue in India Inverters market in FY’2014. Microtek was the second largest brand of the inverters market in India with a revenue contribution of 23% in FY’2014. The leading contributor to the Indian online UPS market is Emerson, whose market share was recorded at 20% in FY’2014. Emerson was followed by APC which occupied 18% share in the market in FY’2014.

There is a gradual rise in awareness among the population of India pertaining to the benefits of good quality inverters. Moreover, with the expansion of purchasing power, the demand for Inverters in India is expected to surge in the future. India Inverters market is projected to grow at an appreciable CAGR of 9.4% to reach INR ~ million by FY’2019. The UPS market in India is expanding swiftly due to the low availability of high quality power, expansion of industries and increasing income levels of consumers. The market is projected to scale new heights and reach INR ~ million by FY’2019, expanding at a CAGR of 9.8% in FY’2014-FY’2019.

New opportunity for Used Car Dealers in Malaysia raised as a result of the Covid-19 pandemic, driven by consumers’ preference of owning personal vehicles and greater ease & convenience offered by the online platforms: Ken Research