Europe is one of the wealthiest and largest regions in the world with home to 731.0 million people, about 11% of world’s population, in 48 different countries. The wealth of different European countries’ varies; however, being one among the most developed regions of the world, even the poorest country in Europe has GDP and living standards well above the poorest countries of other continents. Most European countries have GDP per capita exceeding the global average. In 2010, Europe had a GDP of 19.92 trillion USD, which was about one-third of the global economy and GDP per capita (PPP) of 18.14 trillion USD.

From early 1990s up until the global crisis of 2008, the East European economy registered record growth on account of privatization, implementation of labour reforms and influx of foreign capital. However the global recession revealed many flaws in the economy model of East Europe such as very high consumption (about 80 percent of GDP during 2005-2008), high level of borrowings due to soft lending policies, savings lagging behind investments and crisis of FDI due to recession. Hence re-establishing the previous growth will require increasing investment, expanding high-value exports, raising productivity, reviving FDI, and increasing domestic savings.

Looking at the current landscape, the Eastern Europe economic outlook is varies among countries. As per IMF, the region will show decent economic growth except for Russia and Ukraine due to their conflict. In Russia, falling oil prices and extension of sanctions by the EU and US will limit the growth. The rest of East Europe will show positive growth mainly on account of increased domestic demand due to increasing real income, carefully increasing low interest rates as well as rising capita spending and exports growth. Thus, GDP is expected to show positive growth in east Europe except for Russia and Ukraine. High inflation is expected to fall in Russia and Ukraine while inflation will hit bottom in rest of the east Europe.

Brief Overview of the Hot Coffee Market in East Europe 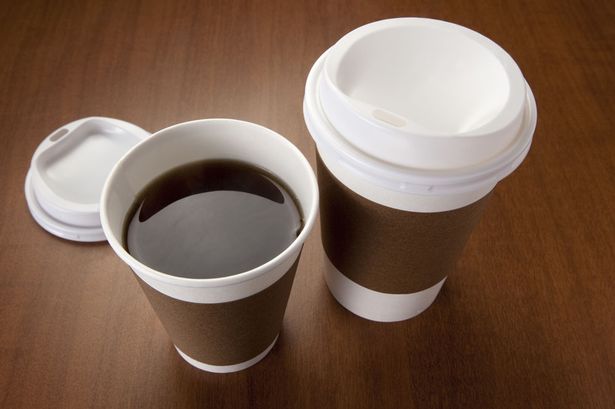 Further segmentation of the hot drink beverages category under the non-alcoholic drinks, provides for one of the most trendy and popular category among consumers i.e. Hot Coffee. Over the time, the global hot coffee market has shown robust growth in sales on account of changing consumer tastes and the coffee becoming more and more affordable to every class in the society. The same scenario has been prevalent in East Europe as well.

Eastern Europe experienced the initiation of prominent developments in Hot Coffee market in 1990s. The Big political changes in Eastern Europe along with the opening up of trade barriers, resulting into a free market, led to a fast-expanding coffee market due to a surge in coffee consumption. The increased consumption attracted Eastern Europe coffee producers helped by the fact that in 1990s the quality of coffee in Eastern Europe was inferior and heavy in Robustas and hence the consumers demanded higher quality Eastern European coffee. For e.g. after the opening of the market, Tchibo immediately entered the East European coffee market. Despite unfamiliar market conditions, Tchibo soon established a powerful market position.

Looking at the current landscape, the Hot Coffee market in the East Europe, is being greatly influenced by two key factors, firstly, changing consumer preferences on account of changing consumer tastes and health awareness and secondly, per unit price of coffee. The change in the categorisation of coffee from luxury to essential good was basically on account of its increased affordability to different segments of society. Hence price fluctuations are important. Also, the market is marked by fierce competition among various international and domestic coffee producers leading to price-war. To survive this competition, producers focus on increasing their volume through increasing consumer base by applying strategic marketing techniques. Regarding the distribution channel, supermarkets and grocery retailers play a major role making coffee accessible to every segment of the society.

Rising household income, increasing population, urbanisation and emergence of cafe-culture has largely contributed to robust growth performance of the hot coffee market. However the market has its own challenges such as aging of coffee trees, lack of government initiatives, adverse impact of climate change, price fluctuations and rising production cost.

Over the next five years (2016-2021), the market outlook for the hot coffee market in East Europe shows a promising picture on account of increased demand for coffee driven by various demand-boosting factors especially increasing health awareness among consumers and the per unit price of coffee expected to play a major role in shaping the future outcomes of the market. The forecasted volume performance of hot coffee in East Europe is much brighter than its performance in the review period (2010-2015). The volume growth in various East European countries is expected to exhibit CAGR ranging between 2-4%. Healthy consumption trend may lead to higher volume growth of fresh coffee than instant coffee. Value sales growth is expected to post CAGR less than its value in the review period basically due to competitive pricing and discounts.

The growth of the hot coffee market may also face serious challenges in coming future such as aging of coffee trees, lack of government initiatives, and adverseimpact of climate change, price fluctuations and rising production cost, which is expected to limit the growth of hot coffee market if not tackled on time.

To know more on coverage, click on the link below: