Seed industry is playing significant role in the agriculture sector and development in the technology lead to growth whereas usage of hybrid seed in the agriculture result the significant growth to the market of seed. For doing effective agriculture the seed industry is doing several developments in the technology and performing several tests and research for producing the efficient and fruitful seed.  Indoor farms grow highest rate in hybrid seed market as indoor farming offers ability to produce more with utilization of less resources. According to the report analysis, ‘Market Research Reports for Seed’ suggests that Indian seed market witnessed a major reestablishment as a result of the introduction of some progressive policies by the government and other major key players for making the market more fruitful and profitable for both the consumer and investors. Moreover, in a research it is observed that India has emerged as the fifth largest seed market across the globe with the quality assurance of hybrid seed and product development. 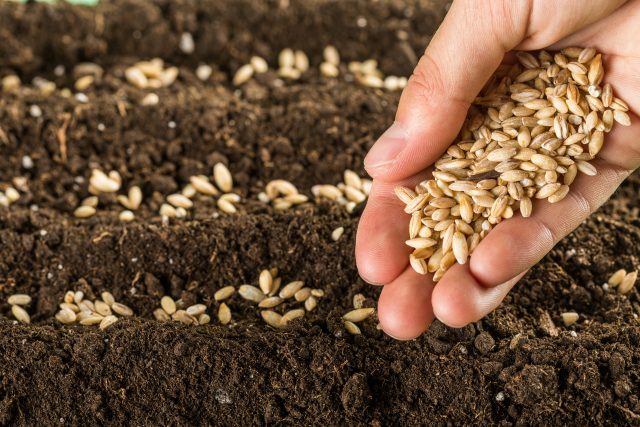 The production of hybrid seeds is done by the farmers for producing the similar plants and these seeds are produced by cross-pollinated plants whereas, the production of hybrid seed is predominant in modern agriculture and home gardening. In respect, the hybrids are chosen to enhance the characteristics of the resulting plants such as improved color, better yield, disease resistance, greater uniformity and others. In the history of hybrid seeds, it is experimental in US agriculture stations in the 1920, and by the 1930s farmers had widely adopted the first hybrid maize. Additionally, India can produce a whopping 25 million tons of additional rise a year by using hybrid seed in a wide way as per the estimates of the seed industry experts. India is the first country to introduce hybrid cotton seed for commercial cultivation. According to the report analysis, ‘Seed Industry Research and Market Reports’ states that  hybrid seeds are intensively prevailing both in commercial agriculture as well as in horticulture and hence widely regarded as having played a significant role in augmenting the agriculture output. Moreover, the governments at the central as well as the state level have taken various initiatives to boost the production of vegetables crops. Furthermore, treated hybrid seeds assist to increase the productivity and provide benefits to farmers in terms of cost. Therefore, the market of seed industry is growing with the applications of hybrid seed in the agriculture more significantly.

In India the public sector has played a significant role in developing and propagating the use of hybrid seed. Moreover, the first cotton hybrid H4 was established in 1970 by the government Cotton Research Station which is situated at Surat in the state of Gujarat. In Gujarat this is very much popular among the farmers and by the time in the states of Maharashtra, Tamil Nadu, Karnataka, Andhra Pradesh and others become most prominent and efficient in the market of seed. Golden Rice, Cotton, Hybrid Castor, Sorghum hybrid for Rabi, Hybrid Watermelons and others are the successful and popular Hybrid seeds in the industry of seeds and playing major role in the growth of the seed industry. Therefore, it is expected that the market of seed industry will grow more significantly in the coming years with the more research and development in the production of hybrid seeds.