HOW THE GERMANY USED CAR MARKET IS POSITIONED?

Germany used car market was observed to grow with a volatile growth pattern in the review period 2013-2018. The Germany used car market in terms of GTV has increased at a positive CAGR of ~% during the review period 2013-2018. The growth was supported by increased used car sales in the country owing to the decline in the demand for new cars. The average ticket price of a used car was also observed to grow with a positive CAGR over the last 5 years. Initiation of the ban on petrol and diesel cars and strict emission norms in Germany has built fear amongst the customers which has lead to an increased demand for the younger used cars. The used car market in Germany was also observed to expand in the online space to tap a larger market, which resulted in increased used car sales in Germany. 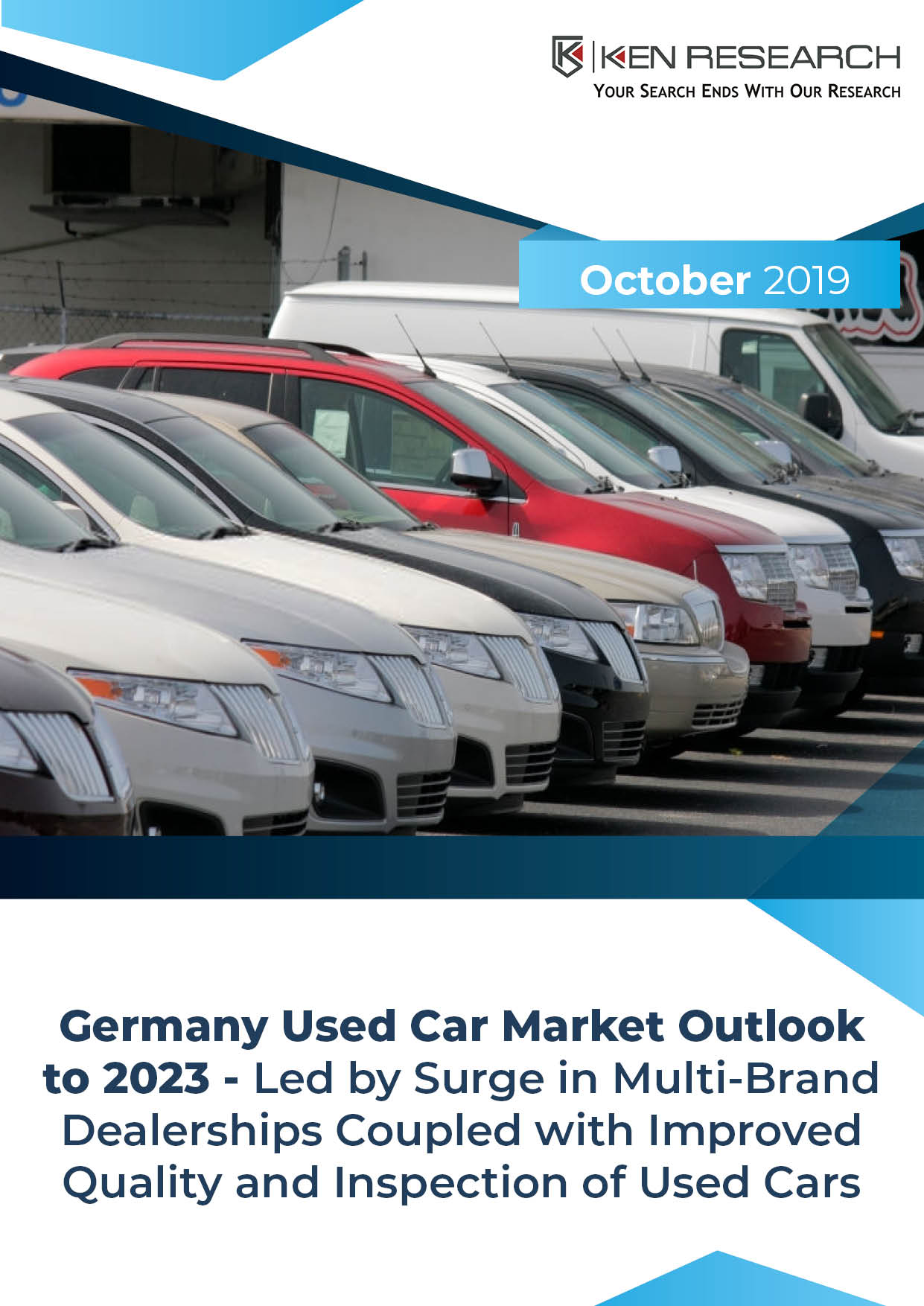 The used car market in Germany was observed to be dominating by Volkswagen, Opel and others owing to the brand value and the trust customers have on these brands. The used to new car ratio has been found around ~ in 2018. The Germany used car market was dominated by the organized used car dealerships in the country by both Multi-brand dealerships and OEM Certified dealerships with a market share of ~% in terms of sales volume in the year 2018. Competition within Germany Used Car market was observed to be highly fragmented with the presence of major offline and online players such as Emil Frey Group, AVAG Holding SE, Dello-Durkop-Hansa-Group, Autoscout24, Mobile.de, Hey car, Auto.de and others.

By Market Structure (Organized and Unorganized Market): Organized market was observed to be dominating the Germany used car market both in terms of sales volume and Gross Transaction Value (GTV). The organized market constituted a market share of ~% in terms of sales volume in the year 2018. Organized used car dealers are more preferred by the customers in Germany owing to the trust built by the dealerships and the services provided by them. The customers get a better and more professional experience in an organized used car dealership in Germany. In addition, the used cars bought from the organized dealers have been gone through certifications, inspection and free services; refurbishing the car overall, which has contributed to the growth of organized dealerships in Germany.

By Year of Manufacture: Cars manufactured during the period 2009-2018 dominated Germany used cars market along with a massive collective volume share of ~% thus, evaluated around ~ thousand units during 2018. This segment recorded highest sales owing to the fact that potential buyers had a large variety of used car models to choose from. In addition to that, banks offers low interest rate financing options for used cars with an ownership period of less than 5 years.

Malaysia Used Vehicle Market Outlook to 2025 – By Type of Distribution Channel (Organized and Unorganized Dealers), By Mode of Selling (Online and Dealership Walk-Ins), By Type of Vehicle (Sedans, Hatchback, SUVs, MPVs, LCV and others), By Vehicle Age(0-3 years, 3-5 Years, 5-8 Years and More than 8 years), By Brand (Perodua, Toyota, Honda, Proton, Nissan and Others)