Driven by the rising prevalence of chronic and neurodegenerative diseases and the growing popularity of remote technologies such as medical wearables, the Global Biomarkers Market is Forecasted to Cross US$85 Bn by 2028 says Ken Research Study.

A biomarker, also known as a biological marker, is an objective measure used to indicate that a biological process in the body has occurred or is currently occurring. While some biomarkers are used to demonstrate that the body has been exposed to a chemical, toxin, or other environmental hazards, the majority of biomarkers are associated with medicine. Several biomarkers are derived from simple observations made during a routine medical appointment, such as blood pressure or body composition. Other biomarkers are based on laboratory tests of blood, urine, or tissues, and some can detect changes at the molecular and cellular level by examining genes or proteins.

According to Ken Research estimates, the Global Biomarkers Market – which grew from around US$ 27 Bn in 2017 to nearly US$40 Bn in 2021 – is expected to grow further into a more than US$85 Bn opportunity by 2028 – “Ken Research shares 5 key insights on this high opportunity market from its latest research study”

The Global Biomarkers Market is expected to witness strong growth during the forecast period, owing to increasing favorable government initiatives concerning drug development or research, along with soaring digital healthcare funding. For instance, in July 2022, the National Institute of Neurological Disorders and Stroke (NINDS) stated that its Biomarker Program, which was initiated in 2012 to expedite the discovery of exploring new diagnostic and progression biomarkers for Parkinson’s Disease, nowadays is focusing on increasing the efficiency and effectiveness of neurotherapeutic clinical research by supporting rigorous biomarker advancement and validation.  In addition, to achieve such a goal, the program:

Furthermore, on November 2, 2021, Members of the European Platform for Neurodegenerative Diseases (EPND), which was established by the EU for the storage and analysis of high-quality clinical and biological samples and data collections, announced that they will embark on an initiative to establish a unified platform for efficient sample and data exchange, leveraging, and connecting existing European research infrastructures to boost the discovery of biomarkers, new diagnostics, and treatments for people with neurodegenerative diseases such as Alzheimer’s and Parkinson’s. 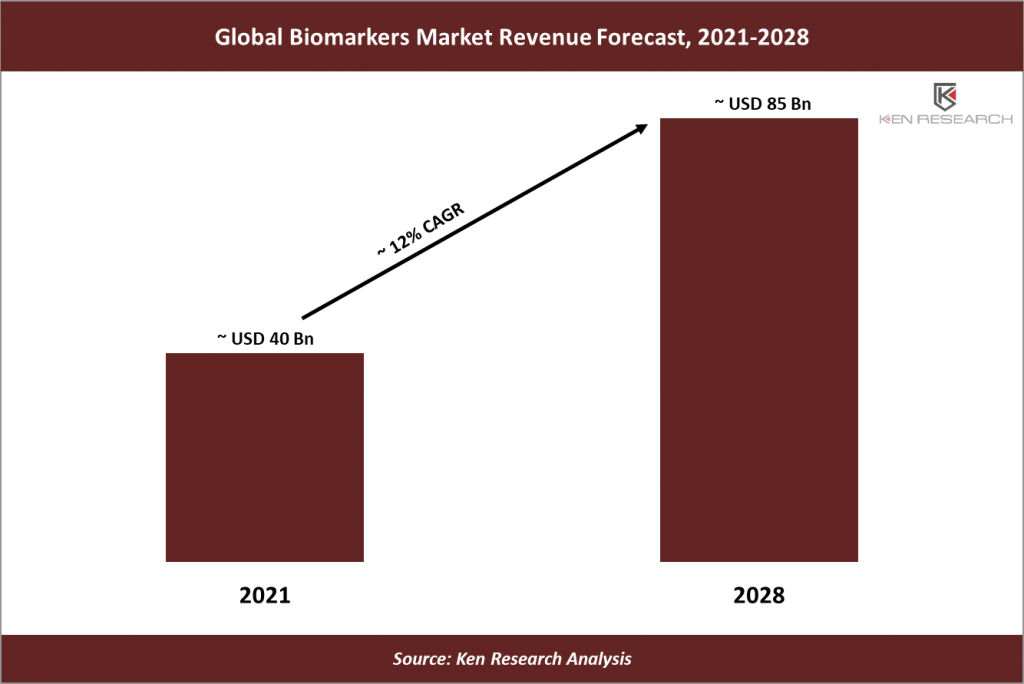 Furthermore, the rising cost of drug development, the proliferation of wearable devices in healthcare, and rising smartphone penetration have all contributed to the increased demand for digital biomarkers (DBMs). In addition, multiple digital healthcare applications are available on Google Play and iOS that are allowing users to track biological functions such as sleep, heartbeat, and movement, thereby supporting the growth of the biomarker market. 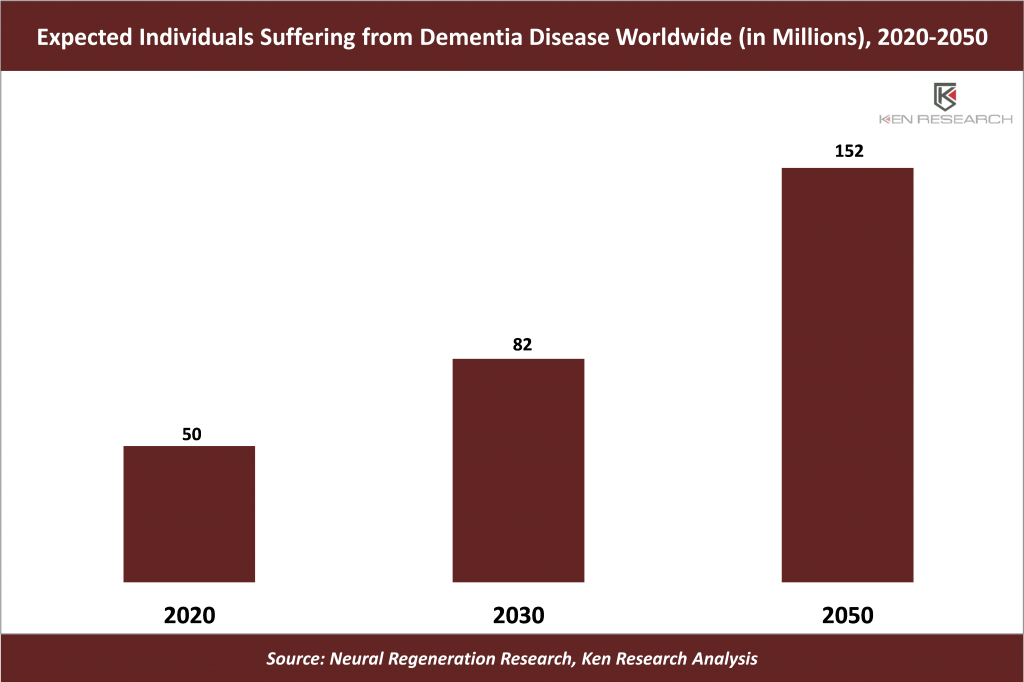 The majority of the ongoing evolution in the life sciences industry is being driven by technology. The rise of digital health is likely to be a defining aspect of the industry in the forthcoming years. The influence of digital health and artificial intelligence (AI) will extend beyond even innovative products like wearables and diagnostics, as well as new processes like decentralized clinical trials. AI technologies will become more widely accessible and affordable with the introduction of cloud-based, off-the-shelf AI tools. Furthermore, the emergence of wearables and mobile health (mHealth) technologies will enable more efficient collection and analysis of digital biomarkers, and provide valuable data for AI systems applications. 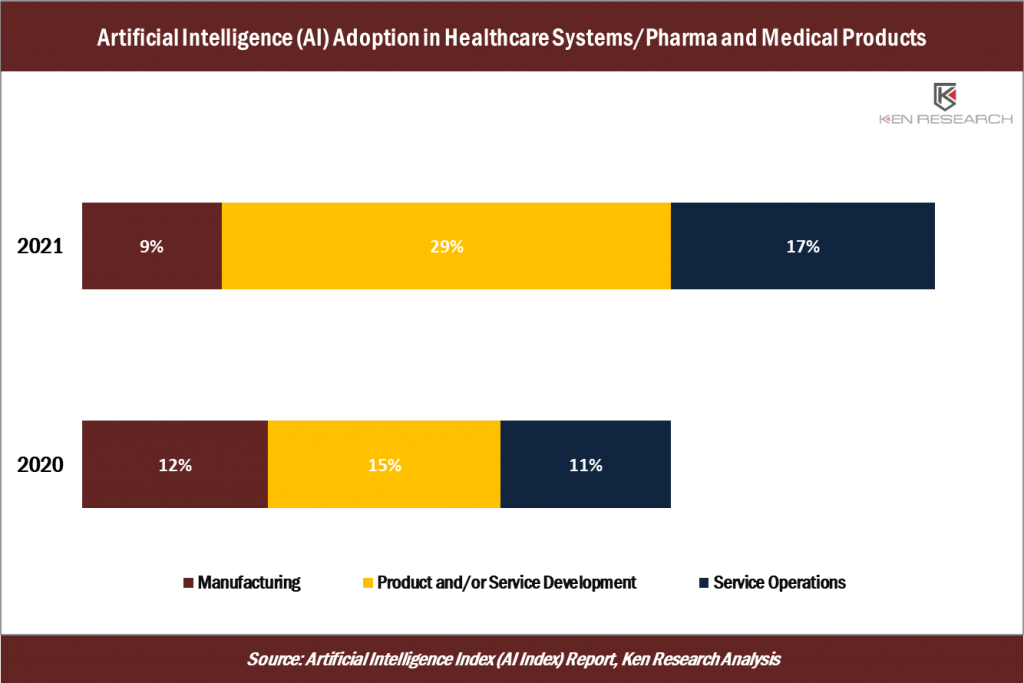 The extensive R&D initiatives for the development of therapeutic, and the ability of biomarkers to foresee drug efficacy more effectively with its high-speed approval process, are fuelling its demand in drug discovery and development. The ongoing covid-19 pandemic also strengthens the utilization of biomarkers in drug discovery and development, due to increased investment and advancement in innovative therapeutics and vaccines across a wide range of disease aspects. As per industry estimates, the number of clinical trials has witnessed steady growth from 2015 to 2021, including a jump in 2021 resulting from COVID-19 vaccination trials. 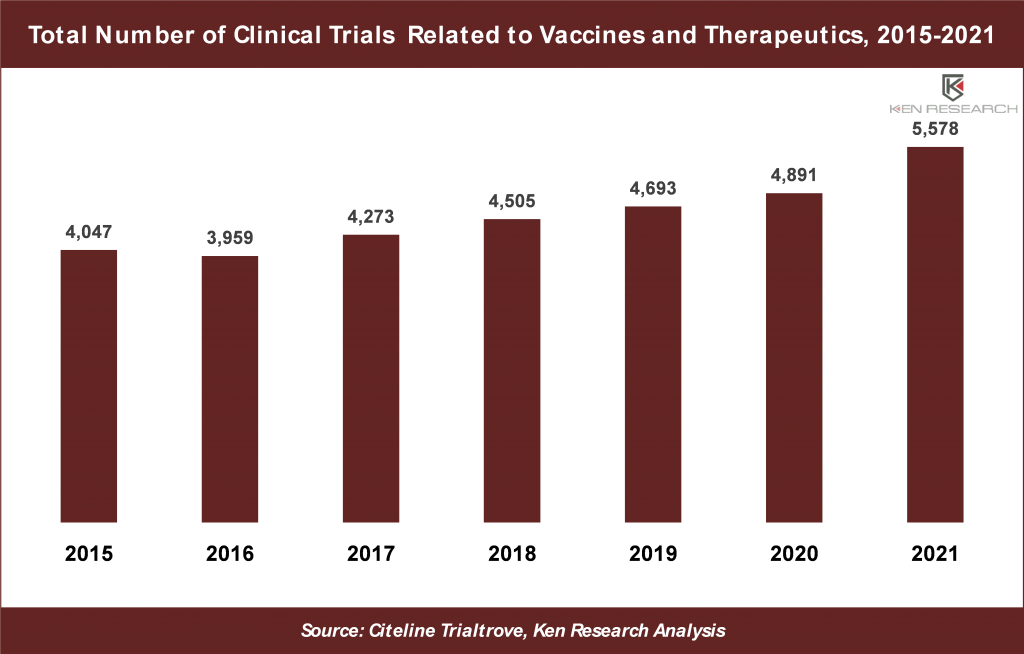 The growth of biomarkers in North America is being attributed to the rising burden of chronic disease, notably in the U.S., growing consumer awareness, proactive government interventions, technology advancements, and improvements in healthcare infrastructure. Furthermore, the increased prevalence of precision/personalized medicine treatments is also contributing to regional growth. For instance, according to the Personalized Medicine Coalition (PMC), a non-profit educational and advocacy group which is dedicated to promoting the understanding and adoption of personalized medicine concepts, services, and products to benefit patients and the healthcare systems, the number of personalized medicines on the market in the United States has increased from 132 in 2016 to 286 in 2020. 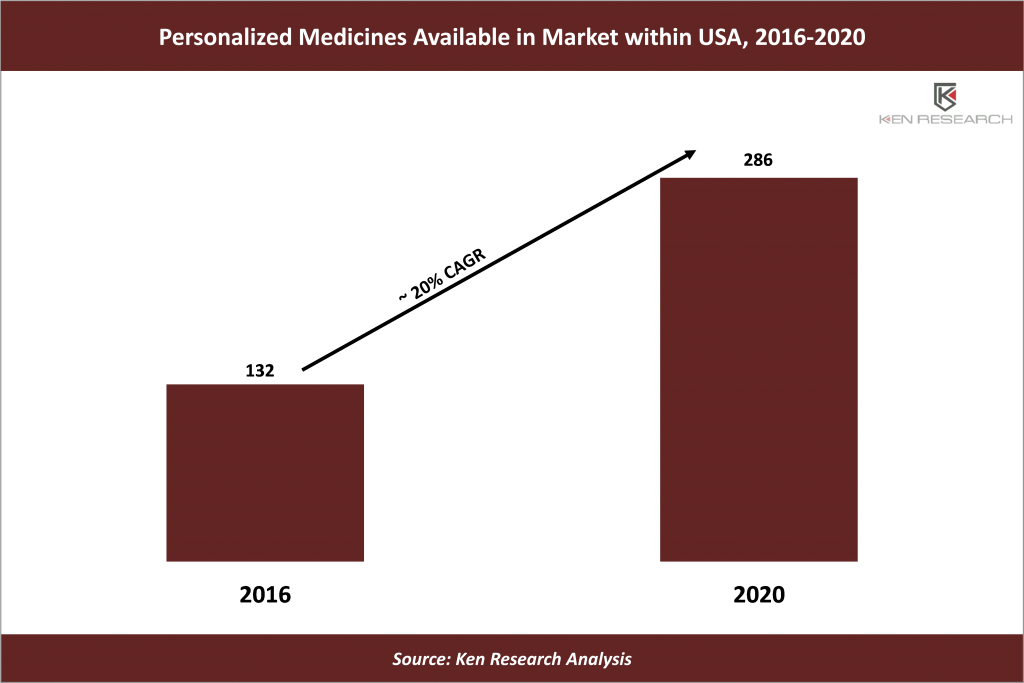 For More Information, refer to below link:-