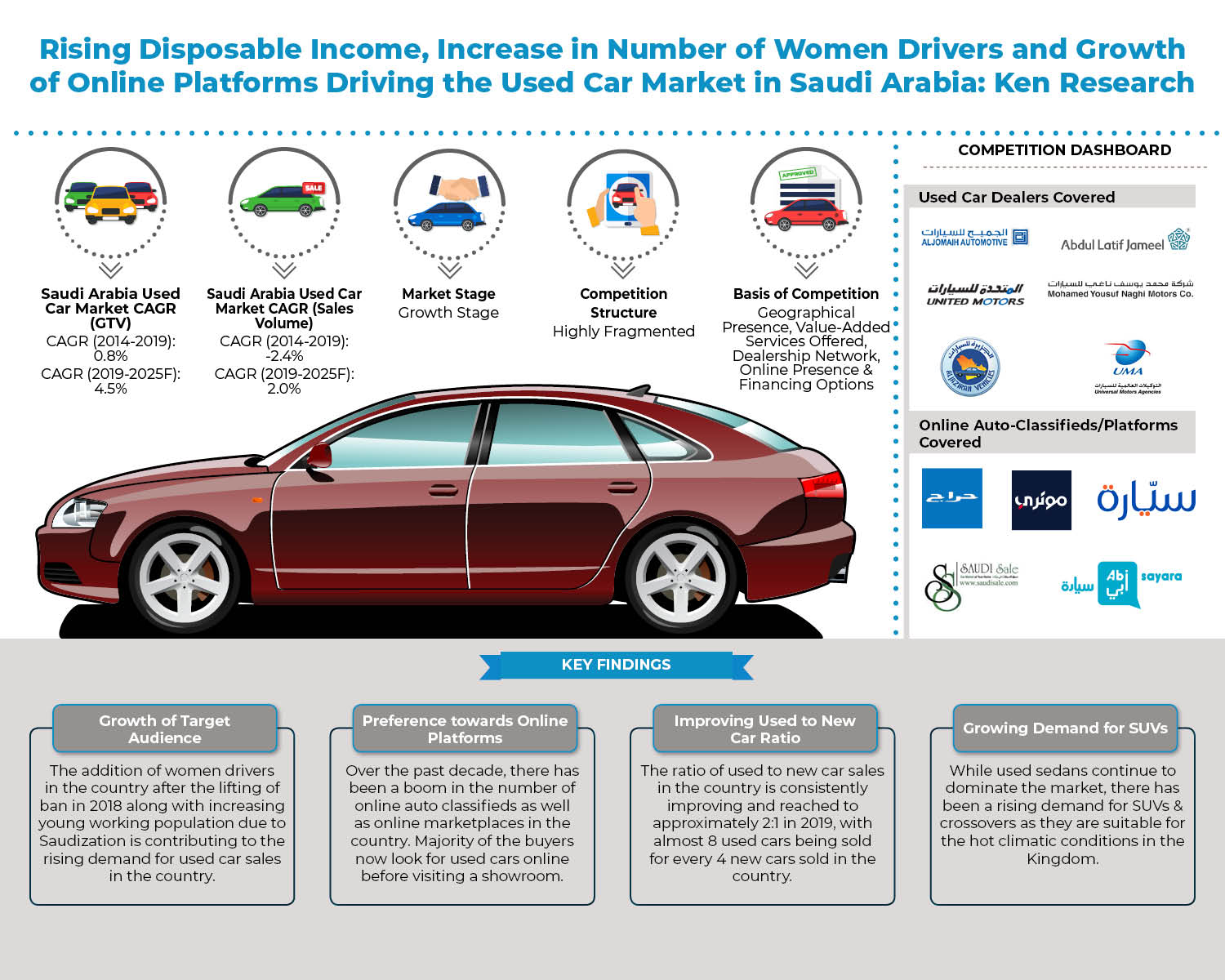 The used car industry in Saudi Arabia has grown at a CAGR of 0.8% on the basis of gross transaction value over the period 2014-2019 and declined at a CAGR of -2.4% on the basis of sales volume. The departure of expats from the country and the economic instability contributed to the decline in sales during 2016-2017. The addition of women drivers and the high levels of disposable income in the country are one of the major growth drivers of the industry. Boom in the number of online auto-classified platforms and the traction of the consumers towards online platforms is contributing to the inclining used car sales in the country.

By Market Structure: The industry in Saudi Arabia is largely unorganized due to the preference of consumers towards peer to peer sales, largely facilitated by online auto-classified platforms. The organized market comprises of large authorized brand dealerships as well as multi-brand outlets and exhibitions.

By Type of Cars: Sedans were observed to dominate the used car market on the basis of sales volume as they are economical and suitable for almost all kinds of buyers. SUVs & crossovers were found to be the second most preferred types of cars in the country and pick-ups & luxury cars contributed the remaining sales.

By Car Brands: Toyota continues to dominate the used car market in Saudi Arabia due to higher preference of the consumers towards the brand for its reliability and low maintenance. Also, the easy availability of spare parts and higher residual value of Toyota cars contributes to the higher sales. Hyundai contributed the second highest sales volume in 2019.

By Age of Vehicle: Three to five year old used cars were observed to dominate the used car sales in the country in 2019. As the installment period for cars purchased on finance is around 3-5 years after which people usually prefer to sell off their cars. 1-3 year old vehicles contributed the second highest sales volume as large number of these cars found their way to the used car market when car rental companies de-fleet their existing fleet.

By Kilometers Driven: A large proportion of the used cars sold in 2019 belonged to the category of 80,000-120,000 kilometers. Cars with a mileage of 50,000-80,000 kilometers were also largely preferred by the consumers due to their nearly new look and feel and are also economical.

By Regions: The central region including the capital of Riyadh accounted for the highest number of used car sales in the country in 2019 due to the concentration of young working population in the region. The western region contributed the second highest used car sales. Most of the major authorized dealers have multiple showrooms in these regions.

By Age Group of Buyers: Majority of the buyers in the used car market were observed to be in the age group 30-60 years. Many young working professionals, expatriates, families owning multiple cars belong to this age group. The demand for used cars among the age group of 18-30 years is also increasing with increasing disposable income and job opportunities.

By Type of Sourcing: Majority of the used cars sold in the country in 2019 was analyzed to be sourced from car-rental/leasing companies or used car auctions in the country. Directly purchasing cars from consumer through buy-sell/park-sell, used car imports and trade-ins were identified to be other major mediums for used car sourcing in the market.

By Sales Channel: The multi-brand outlets/exhibitions contributed majority of the sales through the organized channel in the country. These outlets are spread all across the country and are a convenient way of buying a used car with a large variety of choices at the disposal of the consumer.

By Sales Channel: Majority of the sales through the unorganized channel were identified to have taken place directly between consumers or C2C transactions. The rise of online platforms has made C2C transactions more convenient and the easy availability of finance in peer to peer transactions is also a contributing factor.

The industry is highly fragmented and competitive with 2,200+ dealerships operating in the market. Many brands have a certified pre-owned car program in place in the country. Amongst the brand authorized dealerships, the top 6 players including Abdul Latif Jameel Motors, Aljomaih Automotive Company, Al Jazirah Vehicles, Universal Motors & Gulf Advantage are analyzed to account for almost half of the used car sales through the authorized dealerships.  These players compete on the basis of parameters such as geographical presence, value-added services offered, financing option, after-sales services offered, dealership network and more.

The used car industry is expected to recover from the Covid-19 pandemic and witness growth by 2025. The increasing demand from smaller cities such as Jazan, Arar among others is expected to drive the growth of the industry. The growing traction towards online platforms is expected to compel dealerships to expand their presence online. Online platforms are expected to leverage latest technologies such as artificial intelligence & virtual reality to enhance user browsing experience. The overall used to new car sales ratio in the country is also expected to improve in the future.

Saudi Arabia Used Car Market (On the basis of GTV)

Trends and Growth Drivers in the Industry and Challenges Faced

Saudi Arabia Used Car Market (On the basis of GTV)

Thank you Ken Team !! The report is amazing and I must say value for money !!" 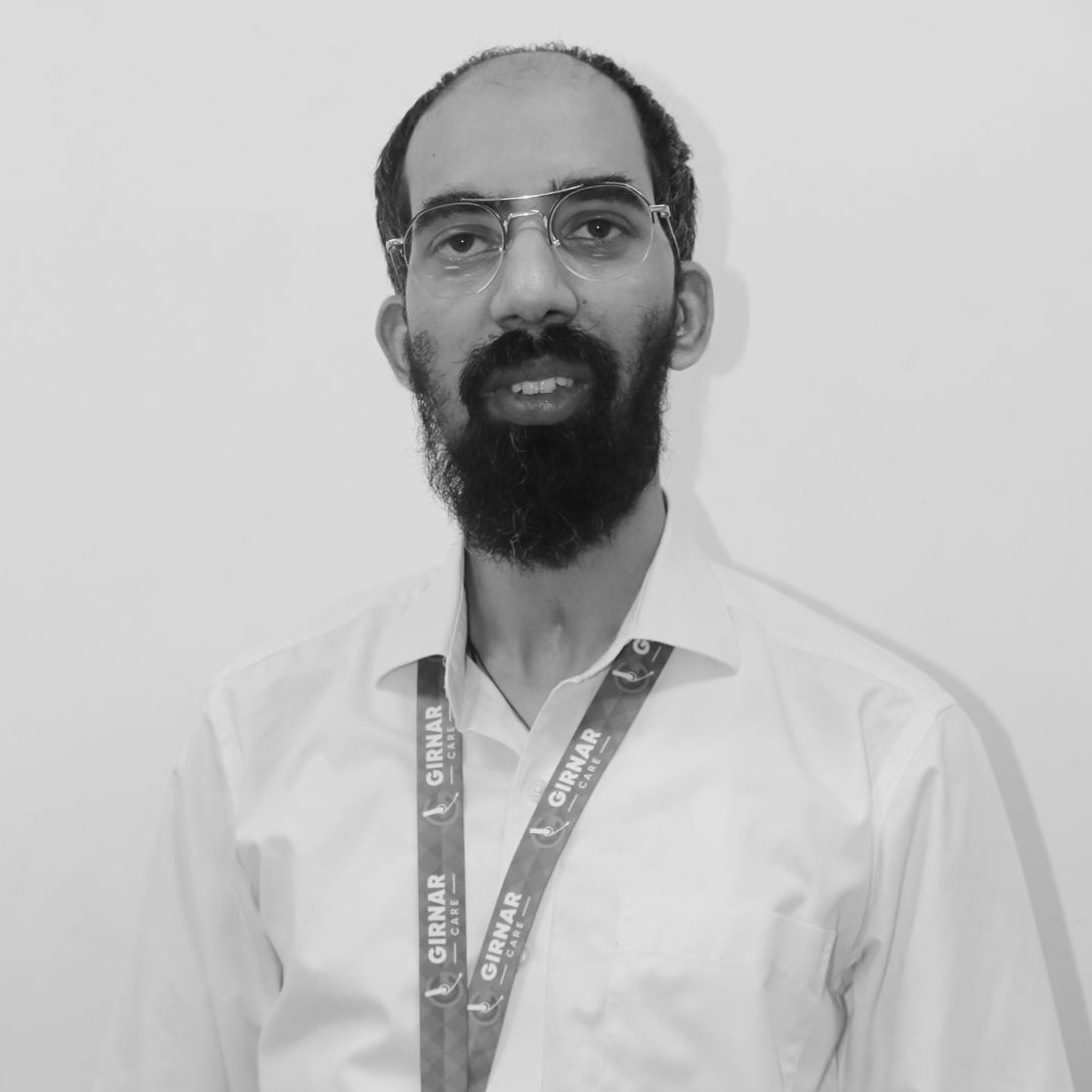 Want the same for your business? Talk To Our Expert

Indonesia LEV Market Outlook to 2026F – Driven by the Indonesian Government’s policies, incentives and subsidies to make the country free emission by 2060