Vietnam’s automobile is still an infant industry, with used car market being in early growth stage.

Due to underdeveloped infrastructure and high taxes and fees levied on the cars, people in Vietnam prefer to buy a used motor vehicle as there is a high rate of depreciation. For middle or lower income group people, used cars have become more popular choices since the ban on motorbikes were announced in 2017.

Owing to relatively high production costs due to high fees on imported parts as well as lack of economies of scale, the vehicle ownership level is much lower in Vietnam as compared to various developed economies such as Thailand and Indonesia. The used car market of Vietnam is highly fragmented with presence of more than ~ dealership outlets.

The growth in Vietnam Used Car Market is primarily driven by the growing middle class population, faster car replacement rate and increasing number of government initiatives with respect to free trade agreements and reduction in taxes and import tariffs.

The Gross Transaction Value (GTV) from sale of used cars in Vietnam has increased from USD ~ in 2013 to USD ~ in 2018 at a CAGR of ~% during the period 2013-2018. Vietnam used car market in terms of sales volume has increased from sale of ~ units in the year 2013 to the sale of ~ units during the year 2018 largely due to faster replacement period of cars in the market. The increase in number of inspection checks and direct connectivity with the buyer and seller has led to significant growth in sale of used cars in the country. 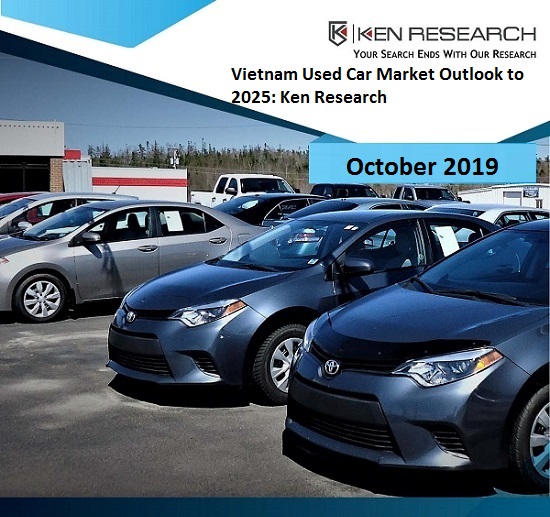 By Type of Vehicle

Sedans accounted for the highest market share in terms of sales volume in the used car market of Vietnam by capturing ~% in the year 2018. Sedans have high average car life and are conferred as a higher social status. Sedans are followed by SUVs in 2018 capturing ~% of total sales in Vietnam used car sales. SUVs have off late become more popular in Vietnam on account of most of the major companies launching stylish and affordable models. MPV’s were the third most preferable vehicle category with ~% market share in terms of sales volume followed by Hatchbacks, CTV’s and other vehicle types such as Micro vans capturing the remaining share.

Used cars under the age bracket of 2-4years dominated the market share contributing ~% share during the year 2018. The average ownership period in Vietnam is ~ years due to which the age bracket accounted for the highest share.

The northern region accounted the highest percentage share in terms of sales volume of ~% during the year 2018 as these regions are prone to flood due to which the average replacement period is higher. It was followed by southern region accounting for ~% of sales volume. This region has the highest middle class population who prefer to buy an affordable used car thus boosting the sale of used car in the region. The remaining share was captured by the Central region where majority of the car rental companies operating in Vietnam are purchasing and renting out used cars.

Hanoi and Ho Chi Minh City accounted for the highest share of ~% and ~% respectively in terms of sales volume in the year 2018. The high market share was largely due to high population, developed infrastructure and faster replacement period. Hai Phong and Da Nang along with other cities contributed the remaining share in total sales value of used cars in the country owing to the rising infrastructural development and building up of new residential hubs in the region.

Japanese and Korean brands are the most preferred brands in Vietnam due to strong brand preference, reliability, longer life span, and higher re-sale value of the used car. Toyota dominated the market capturing market share of ~% followed by Ford, KIA, Mazda and Honda capturing market share of ~%, ~%, ~% and ~% respectively in terms of sales volume in 2018. The major reasons include the stylish models preferred by the millennial, assurance of car quality, high resale value, convenience in maintenance and services provided and certifications being given by the captive dealer showrooms of these brands. Other brands such as Mitsubishi, Chevrolet and others captured the remaining market share of used cars sales volume in 2018.

By Type of Vehicle

For more information, refer to below link:-